“New Book to Commemorate the Centenary of the Tourmakeady Ambush 1921

In this Centenary year, we remember these men and the manner in which they took on the mightiest empire on the planet to seek their right to rule their own country. We also remember all the men and women on both sides of Lough Mask that  sheltered, fed and hid the men from British Forces, at great danger to themselves. We wish to honour these brave men and women with dignity, respect and pride. 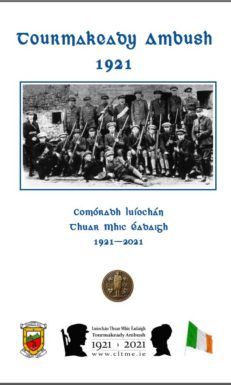