The Veiled Woman of Achill

At Valley House on Achill Island in 1894, an English landowner, Agnes MacDonnell, was brutally attacked and her home burnt. James Lynchehaun, her former land agent, was convicted and sentenced to life imprisonment. He escaped twice and won a groundbreaking case in the United States successfully resisting extradition. . A Franciscan monk in Achill, Brother Paul Carney, who had befriended and assisted Lynchehaun, wrote up the fugitive’s story, and Lynchehaun became a folk hero. John Millington Synge visited Mayo in 1904/1905 and decided to locate The Playboy of the Western World in north Mayo. Lynchehaun was one of Synge’s inspirations for constructing the character of Christy Mahon. The crime, the trial and escapes, and the island tensions are unravelled in a gripping account. 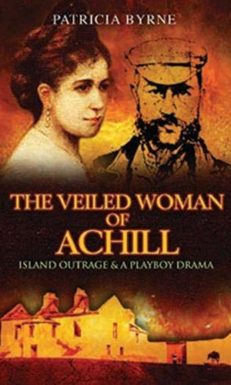 You're viewing: The Veiled Woman of Achill €12.99
Add to cart