The Tain Bo Cualinge, centrepiece of the eighth-century Ulster cycle of heroic tales, is Ireland’s great epic. It tells the story of a great cattle-raid, the invasion of Ulster by the armies of Medb and Ailill, Queen and King of Connacht, and their allies, seeking to carry off the great Brown Bull of Cualige. The hero of the tale is Cuchulainn, the Hound of Ulster, who resists the invaders single-handed while Ulster’s warriors lie sick. 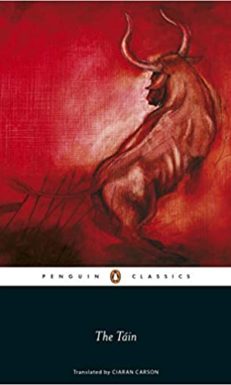