The Partition is a remarkable, clear-sighted and thoughtful account of how two unthinkable events – full Irish independence and the creation of the state of Northern Ireland – came to pass. The Irish nationalist claim to leave ran into a loyalist demand to remain, increasingly centred on the north-eastern Protestant community, threatening large-scale violent resistance. Here Charles Townshend lays out what is ultimately a tragic story, as partition became the only answer to an otherwise insoluble problem. The settlement of the Irish question drew in every major politician, conjured up heroes and villains, led to civil war and finally to Ulster’s catastrophic Troubles. The hard border has always been seen as a failure of both British and Irish statecraft, but has endured now for a century. The Partition brilliantly brings to life the contingency and uncertainty that created it. 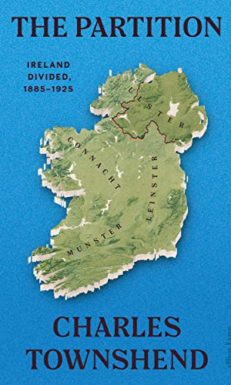