The Cromwellian Settlement of Ireland

The continuing recrimination and violence which bedevils Northern Ireland today has its roots in the settlement imposed upon Ireland by Oliver Cromwell following the English conquest of 1652. By one estimate as much as five-sixths of the Catholic Irish nation died or was “transplanted” beyond the “Pale” in the decade following Ireland’s surrender. Such is the stuff of the book at hand, John Prendergast’s The Cromwellian Settlement of Ireland. Of specific genealogical importance, the researcher will find: (1) certificates or letters of dispensation naming a number of the Irish exiles and their families; (2) various account books, arranged by barony, identifying several hundred Adventurers and showing the location and value of the Irish land they were awarded; and (3) a list of more than 1,350 Adventurers (or their widows), giving their occupations and subscriptions 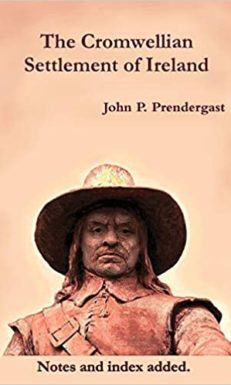 You're viewing: The Cromwellian Settlement of Ireland €23.00
Add to cart