Sean Lemass enjoys unrivalled acclaim as the ‘Architect of Modern Ireland’. To many of today’s politicians he is a role model. To the Fianna Fail party he is an icon. Yet there remain great gaps in our knowledge of this mythic figure and his golden age. Up to now Lemass, a colossus of twentieth-century Irish history, was airbrushed to fit a narrative of national progress. Today, this narrative is undergoing an agonising reappraisal. This groundbreaking study reveals the man behind the myth and asks questions previously skirted around: how did Lemass achieve such power within his party and the Irish State? How much did he owe to the ‘martyr’ status of his murdered older brother? Did he use his economic powers wisely? How deep did his relationship with bishops and businessmen run? How did Lemass view Ireland’s writers, artists and women? Bryce Evans uses previously unseen archival material to answer these questions. 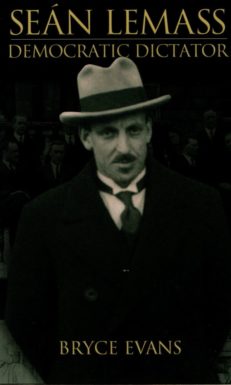