Northern Ireland a generation after Good Friday: Lost futures and new horizons in the ‘long peace’

Since the Good Friday Agreement, Northern Ireland seems changed almost beyond recognition. Violent incidents that were once commonplace are now rare and a younger generation has emerged with identities and interests more fluid and cosmopolitan than their parents. At the same time, however, the region remains in the long shadow of its recent turbulent history. The marginalisation of those who were victims, and indeed agents, of violence proves emblematic of a society still unable to deal with the traumas of the past. Northern Ireland a generation after Good Friday seeks to capture the complex and often contradictory realities of the region’s peace process. Across nine original essays, the authors provide a critical and comprehensive reading of a society that seems to have left its violent past behind but at the same time remains subject to its gravitational pull. 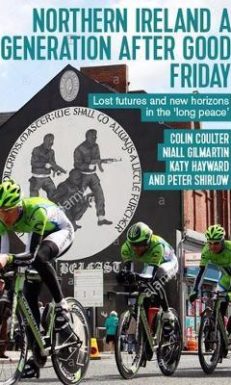 You're viewing: Northern Ireland a generation after Good Friday: Lost futures and new horizons in the ‘long peace’ €28.00
Add to cart