Mythical Irish Wonders is the companion book to Mythical Irish Beasts. Ireland is well known as a land of storytellers and this tradition dates back centuries when tales of giants and epic battles were told around the fireplace. These stories feature well known names like Fionn MacCumhaill, Oisin and Queen Medb to name but a few. We are lucky in Ireland to have a treasure house of legends and tales but many of the strange and odd stories have been lost over time. This book seeks to shine a light on some of them. Some good examples would be how Queen Medb was killed by a lump of cheese or how mad King Sweeney was turned into a bird. There is the tale of the epic race between Iron-bones and the Bodach. In this book you will find out how the ancients divided the year into four, and how a bardic poem could kill ten rats as well as influence Shakespeare. 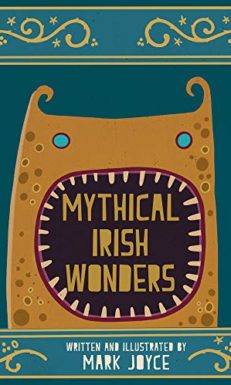