Emerging from a people with an absolute belief in ‘the little folk’, the fairy tales of Ireland are part of one of the richest folk literatures in the world. Many of Ireland’s finest writers, inspired by the work of folklorists like the Brothers Grimm, have created masterly retellings of the traditional stories of their own homeland. In this wonderful collection of stories by writers like Carleton, Yeats and Lady Wilde, a legion of fairy folk – giants, leprechauns, witches and mermaids – help, hinder, charm and terrify their mortal neighbours. Much-loved tales include the story of the farmer who offends the fairies by building on their dancing ground, the king who loses his wife in a chess game and the smith who learns his skill at working brass and iron during his seven-year apprenticeship to the giant Mahon MacMahon. The heroes and saints of the Celtic sagas are here as well, in beautifully written versions of the old bardic stories of Finn, Deirdre, Cuchulain and Brigid. 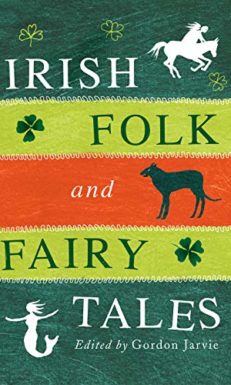 You're viewing: Irish Folk and Fairy Tales €9.99
Add to cart