‘Ireland’s Aviator Heroes of World War II’ celebrates Irish aviators who served in the Royal Air Force during the dark days of the Second World War. Individual stories have been painstakingly and extensively researched through interviews with the surviving subjects and their families, and using the original log books and service records of the men. Many of the stories contain details of the individuals’ participation in important wartime campaigns, although others are limited to war service records due to a lack of surviving information. Above all this book celebrates the great courage and sacrifice demonstrated by these Irishmen during their contribution to the Allied war effort against Nazi Germany, her western allies and Japan. Many of the men included paid the ultimate price for their participation. The book is also well illustrated with many photographs, some taken by the subjects themselves. 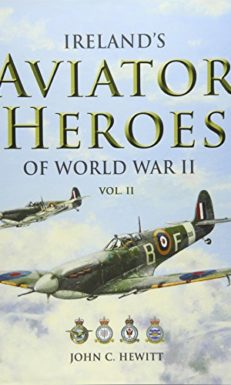