There is a wealth and variety of oral tradition about Daniel O’Connell which is not to be found about any other historical personality in Irish folklore. O’Connell is an example of someone whose image in folklore differs from that presented in documentary sources. Oral tradition expresses the attitudes of those who are spellbound as much by the rhetoric and imagery of their champion as by the substance of his great achievement. In the vast body of oral material recorded in the first half of this century by dedicated collectors and now in the archives of the Department of Irish Folklore, University College Dublin, O’Connell emerges first and foremost as a folk hero. This book captures in song, in lore and in legend, the popular contemporary reaction to O’Connell and illustrates graphically how widespread, immediate and imaginative that reaction was. 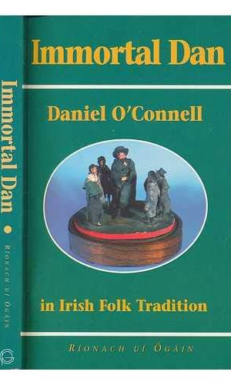