First published in 1949, ‘Guerilla Days in Ireland’ is an extraordinary story of the Irish War of Independence and the fight between two unequal forces, which ended in the withdrawal of the British from twenty-six counties. Seven weeks before the Truce of July 1921, the British presence in County Cork consisted of a total of over 12,500 men. Against these British forces stood the Irish Republican Army whose flying columns never exceeded 310 riflemen in the whole of the county. These flying columns were small groups of dedicated Volunteers, severely commanded and disciplined. Constantly on the move, their paramount objective was merely to exist, to strike when conditions were favourable and to avoid disaster at all costs. In ‘Guerilla Days in Ireland’ Tom Barry describes the setting up of the West Cork flying column, its training and the plan of campaign, which he implemented. In particular he gives his account of the Kilmichael ambush, one of the most controversial episodes of the War of Independence. 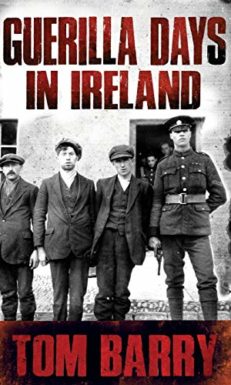 You're viewing: Guerilla Days in Ireland €17.00
Add to cart