Just published. “George Macnemara of Cong. Folklore and Facts. 1722-1760” is a fascinating and very readable account  of the life of one of the most celebrated characters in the history of Cong. The work is the culmination of many years of research by local historian and archivist Brigid Clesham. 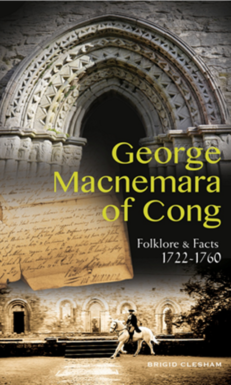