Elected in 1960 as the 35th President of the USA, John Fitzgerald Kennedy remains to this day the office’s youngest incumbent and he was its first Roman Catholic. His term in office was short, but arguably no US President has inspired more people around the globe than JFK. Even today, for generations born decades after his death, President Kennedy’s legacy has an enduring appeal. This insightful book contains specially commissioned pieces by a range of respected academic and political figures, including former Obama speechwriter, Cody Kennan, the President of the Robert F. Kennedy Human Rights organisation, Kerry Kennedy, and former senior adviser to Bernie Sanders, Tad Devine. With the presidency of Joe Biden seeing a renewed focus on broader themes within Irish, American, and global politics, From Whence I Came is a fascinating and timely collection that offers a fresh perspective on the Kennedy legacy and the politics of Ireland and the United States. 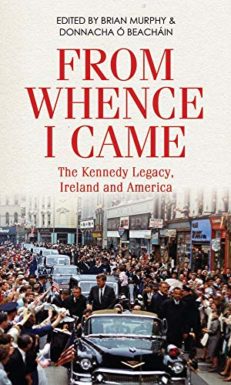