Five people. Five chances. One woman’s search for happiness. Allegra Bird’s arms are scattered with freckles, a gift from her beloved father. But despite her nickname, Freckles has never been able to join all the dots. So when a stranger tells her that everyone is the average of the five people they spend the most time with, it opens up something deep inside. The trouble is, Freckles doesn’t know if she has five people. And if not, what does that say about her? She’s left her unconventional father and her friends behind for a bold new life in Dublin, but she’s still an outsider. Now, in a quest to understand, she must find not one but five people who shape her – and who will determine her future. Told in Allegra’s vivid, original voice, moving from modern Dublin to the fierce Atlantic coast, this is an unforgettable story of human connection, of friendship, and of growing into your own skin. Praise for Freckles ‘An endearing story of human frailty, connection and growth’ Irish Independent ‘Everything a greedy reader wants: a moving story, absorbing characters, engaging writing and as much of a page-turner as you’d expect’ Irish Times 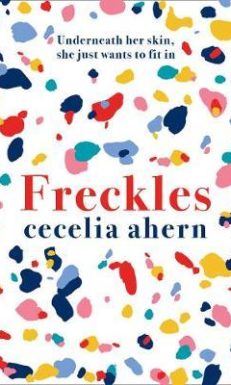