Ciphers of Transcendence: Essays in Philosophy of Religion in Honour of Patrick Masterson

The doyen of university presidents emeriti, Patrick (Paddy) Masterson remains one of UCD’s most admired scholars and leaders twenty-five years after he was its President. A Festschrift is the crowning accolade for an academic, and the present volume is testament to the high esteem in which Paddy Masterson is regarded by his peers. It is also a token of gratitude from his Alma Mater. Outside of Ireland, he has been honoured in Portugal, Italy, the United States, and his beloved France. He shares his intellect and wit by continuing to publish in philosophy and his more recent passion, fiction. 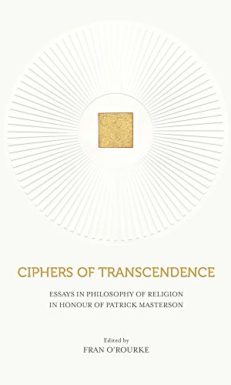 You're viewing: Ciphers of Transcendence: Essays in Philosophy of Religion in Honour of Patrick Masterson €24.99
Add to cart