A fascinating look at the lifestyle and values of ancient Ireland Thousands of years ago, Celtic Ireland was a land of tribes and warriors; but a widely accepted, sophisticated and surprisingly enlightened legal system kept society running smoothly. The brehons were the keepers of these laws, which dealt with every aspect of life: land disputes; recompense for theft or violence; marriage and divorce processes; the care of trees and animals. Transmitted orally from ancient times, the laws were transcribed by monks around the fifth century, and what survived was translated by nineteenth-century scholars. Jo Kerrigan has immersed herself in these texts, revealing fascinating details that are inspiring for our world today. With atmospheric photographs by Richard Mills, an accessible introduction to a hidden gem of Irish heritage 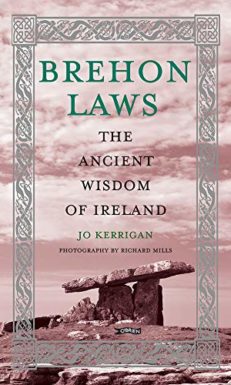 You're viewing: Brehon Laws: The Ancient Wisdom of Ireland €18.00
Add to cart