In the autumn of 1922 somewhere along the Mayo-Galway border 21-year old sergeant Dick Cawley bounded ahead of his Free State army patrol. As they stumbled over boggy ground and through the white thorn hedges he gained on his quarry. Rounding the side of a small hill he saw the young anti treaty soldier raise his rifle over his head and smashed the weapon against a stone wall. As the young man hid the broken parts in the rubble of the wall Dick seethed with anger, not for having been shot at earlier by that same young man for in truth he held no animosity towards him or his stance on the treaty with England ratified earlier in the year. No, this anger stemmed from the breaking of a fine Mauser rifle” – one which any IRA volunteer would have given his right arm for just the year before. My immediate forebears were tenant farmers 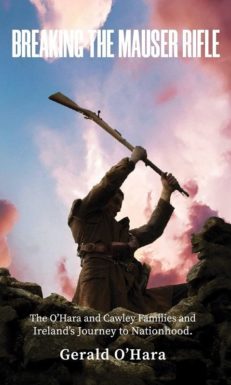 You're viewing: Breaking the Mauser Rifle €20.00
Add to cart