Birth of a State: The Anglo-Irish Treaty

The Irish state came into being as a result of the Anglo-Irish Treaty of 1921, which was signed by a Sinn Féin delegation and the British government at 10 Downing Street in the early hours of 6 December that year. The Treaty was a culmination of both a revolutionary movement that had begun the previous decade and of centuries of separate nationalist attempts to gain autonomy from the United Kingdom. Although it is the founding document of the Irish state, the Treaty has been the subject of very little critical analysis, certainly in proportion to its significance. In its centenary year, this book examines the Treaty’s legacy and its implications for the state that it created. It explores three key elements: the contemporary circumstances that produced the Treaty; the Treaty’s significance from a comparative and an international perspective; and the impact of the Treaty both in the short-term and the long-term. Birth of a State is unique in that it is written by authors from two different disciplines–history and political science–who each bring their own perspectives on the Treaty and its impact, both then and now. 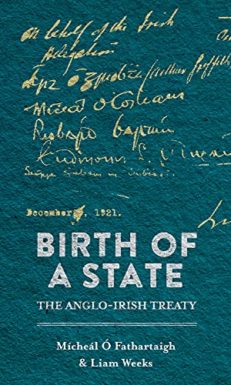 You're viewing: Birth of a State: The Anglo-Irish Treaty €20.00
Add to cart