Between Worlds. The History and Legends of the Kirwans of Castlehacket

A Brand New Book. An Irish family among the Anglo-Norman tribes of Galway, the Kirwans left behind an extensive record of their dealings as merchants, politicians, landlords, and horse racers. They moved easily in the powerful social networks and secret societies that ran Ireland, set up the banks and institutions, and laid out the railways and the roads. They attached themselves closely to the legends of Knockma: even the most famous horse racing stories hint that the fairy king himself rode the Castlehacket horses. A tale of one of Ireland’s most famous families, Between Worlds tells how the Kirwans finally lost the relationship with their tenants as they grew close to the evangelical missionaries who came from London with bibles and religious tracts to convert the poor. 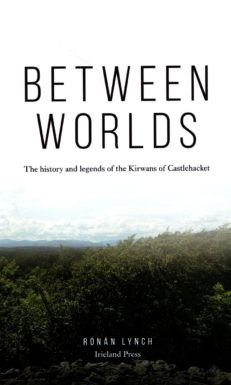 You're viewing: Between Worlds. The History and Legends of the Kirwans of Castlehacket €20.00
Add to cart
We use cookies to ensure that we give you the best experience on our website. If you continue to use this site we will assume that you are happy with it.OkPrivacy policy