In this re-issue of the 2012 second edition of his highly acclaimed Banished Babies, Mike Milotte uncovers in vivid detail how the State colluded with the Church to facilitate the export of thousands of ‘illegitimate’ children in the 1950s and 60s, and how a black market existed in which Irish babies were bought and sold beyond the fringes of the official scheme. Mike Milotte’s damning exposé was first published to critical acclaim in 1997, and quickly achieved iconic status. In this second edition, the author has added previously untold personal stories from some of the ‘banished babies’ he met in the intervening period, stories that further illuminate the murky shadows of this official, but long-concealed child-export business. 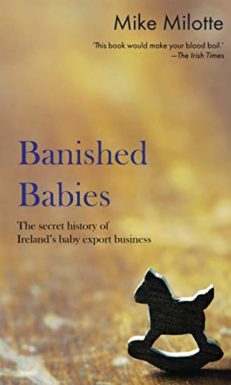