There are so many different versions of the story of Easter Week 1916. Lorcan Collins, an acknowledged expert on the subject and founder of the 1916 Rebellion Walking Tour, decided that it was time to put together a truthful and factually correct reference book in one handy volume. This ‘1916 bible’ will be invaluable to anyone with an interest in recent Irish history who wants to separate the facts from the fiction. 1916: The Rising Handbook offers bite-sized details about the organisations involved in the Rising, the positions occupied during Easter week, the weapons the rebels and army used, the documents that were passed around, and the speeches that were given. It details the women who came out to fight and profiles the sixteen executed leaders, as well as looking at the rebellion outside of Dublin. It also utilises three different resources to give the most comprehensive list yet of all of those involved in the Rising. If a relative of yours fought during Easter 1916, you’ll find their name in here. 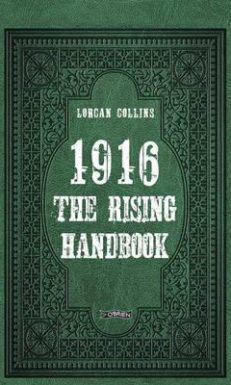